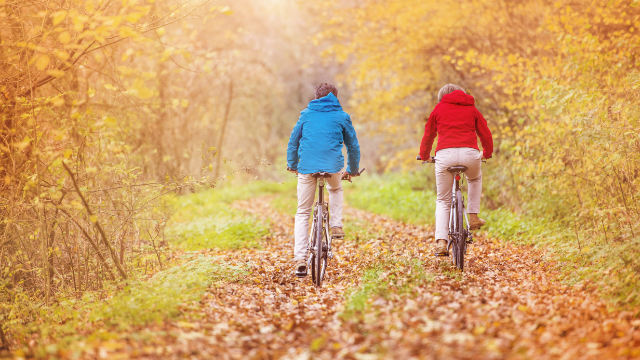 Although research has been performed on the topic, several questions remain

Depression is common in older adults, with statistics showing that up to 9.3% of this population is affected by it. Dealing with depression later in life is often a significant burden, as it tends to result in increased health care costs, impairments in physical and mental functioning, and a higher risk for suicide and death. Antidepressants are the most common treatment for depression, with a class of drugs called selective serotonin reuptake inhibitors (SSRIs) typically offered as the first line option. Unfortunately, antidepressants are associated with a number of side effects in older adults, including falls, fractures, epilepsy, and heart-related problems. In addition, many individuals would prefer not to take medications for their condition, and this shows why alternative strategies are needed. Exercise has been suggested as a non-drug alternative treatment for older adults with depression, and several studies have evaluated its effects on this population. One large-scale review of these studies called a meta-analysis found that exercise provided a small-to-moderate effect on older patients, but there were several problems with this study, and many important questions remain. For this reason, researchers decided to conduct and updated meta-analysis to develop a clearer idea of how exercise affects older adults with depression and if it should be recommended.

Investigators performed a search of six major medical databases for randomized-controlled trials (RCTs) that evaluated the impact of any type of exercise on adults over the age of 60. RCTs are high-quality studies in which groups of patients are randomly assigned to undergo different treatments, and they are considered the gold standard for determining if an intervention is indeed effective. This search led to eight RCTs being included in the meta-analysis, which contained data on 267 adults with depression. In these RCTs, 129 patients underwent an exercise program, while the other 138 did not participate in any exercises and served as controls for comparison. Once collected, these studies were reviewed and their findings were compared to one another with the goal of establishing a clear conclusion.

The results of this meta-analysis showed that exercise had a large and significant antidepressant effect on older adults with depression. More specifically, researchers found these large and significant effects to be associated with exercise of moderate intensity—such as brisk walking—and in studies that used both aerobic exercise and strength training, and in both supervised and unsupervised formats. They also determined that some of the results published in the prior meta-analysis were underestimated due to bias, meaning that the actual effect of exercise was likely greater than the analysis suggested. With this in mind, researchers concluded that exercise should be advocated as a routine component of treatment for older adults with depression. One of the best ways to help older adults get involved in an exercise program is through physical therapy. Physical therapists are movement experts that work with patients on an individualized basis to provide a customized exercise program that considers their strengths and goals. Working one-on-one with a physical therapist can help depressed older adults become more active in their daily lives, leading to better overall health and reduced symptoms as a result.

-As reported in the July-Sept. ’16 issue of Revista Brasileira de Psiquiatria