Hands- on therapy is beneficial for carpal tunnel and reduces pain
May 14, 2018 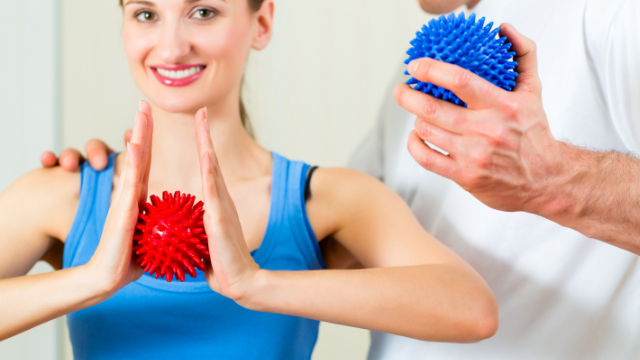 Carpal tunnel syndrome (CTS) is a condition that results from pressure being placed on a nerve in the wrist. This compression of the median nerve can come from swelling or anything else that makes the carpal tunnel smaller, and it leads to numbness, weakness, tingling and other problems in the hand. CTS affects up to 3.8% of the population, and its symptoms often make it difficult for working individuals to complete their jobs. This may lead to absence from work and a decline in work performance. Effective treatment is therefore needed to address CTS, and there are many options available. One option that may be used is physical therapy, especially if it includes manual therapy, an intervention in which the therapist performs various manipulations with their hands. Unfortunately, evidence to support physical and manual therapy is lacking, and these treatments are often ignored in reviews. For this reason, a powerful study called a randomized-controlled trial (RCT) was conducted that compared manual therapy to another type of treatment called electrophysical therapy for CTS.

Patients randomly assigned to one of two groups

Patients diagnosed with CTS were invited to participate in the study and screened to determine if they were eligible. This process led to a total of 140 patients being accepted to the RCT, who were then randomly assigned to either the manual therapy group or the electrophysical group. Patients in both groups underwent a 10-week physical therapy treatment program, but the specific parts of the program were different in each group. In the manual therapy group, the physical therapist performed a massage and various mobilizations of the median nerve, which was carried out during two weekly sessions for 20 sessions total. The electrophysical therapy group also consisted of 20 sessions total, but patients were treated with a red laser that was pointed at their wrist for two minutes and 40 seconds. The goal of this intervention is to stimulate the immune system to release chemicals that will heal the area and restore balance to the wrist, and was followed by another similar treatment called ultrasound. All patients were evaluated using a number of outcome measures at the beginning of the study and after the treatment was completed.

Both groups improve, but manual therapy brings about greater changes