Effectiveness of an exercise program supports a larger study
December 16, 2017 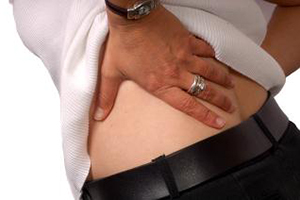 Osteoarthritis is a painful condition that affects the cartilage of joints in the body. This cartilage normally protects the ends of bones, but in osteoarthritis, it wears away gradually over time. Eventually, this causes bones to rub against one another and leads to pain and disability. Osteoarthritis can occur in any joint, but it is most common in the knees, hips, and hands. It’s also especially common in the elderly population, where it is often responsible for limiting the abilities of older adults to function.

Review shows how this treatment can reduce pain and improve function

Exercise, education and weight loss are considered to be the primary treatments recommended for osteoarthritis, and research has been supportive of exercise as an effective form of therapy. To investigate these effects in greater detail, researchers conducted a very powerful study called a Cochrane systematic review. This type of study collects all the highest-quality evidence available on a certain topic and is considered to be the highest standard of health research that can be performed. The Cochrane systematic review identified 10 studies called randomized-controlled trials and analyzed their findings. Researchers found high-quality evidence that showed exercise therapy led to a greater reduction in pain and better physical functioning than a control treatment for up to 3-6 months. Taking it a step further, they wanted to know if they could apply these findings to an individual with hip osteoarthritis and get similar results.

A 71-year-old woman referred to as Mrs. J served as the study subject. She had pain in both of her hips from osteoarthritis for the past 10 years, which had recently gotten worse. To answer the question of whether an exercise program would be effective for Mrs. J, she followed an exercise program that consisted of four hour-long physical therapy sessions every three months for nine months, as well as a home-exercise program. This consisted of strengthening exercises for the hips and gluteal muscles, which she was instructed to perform three times per week. Other components of her treatment program included an exercise bike, walking program and water-based exercise, which she did for various durations.

Mrs. J’s improvements are similar to those in the review

After nine months of physical therapy and exercise, Mrs. J experienced significant improvements in pain, physical function, and quality of life. She was also able to walk for 40 minutes and play lawn bowling—which she could not do before—with only mild discomfort. These results are similar to those found in the Cochrane review and shows that those findings can actually be applied to adults with hip osteoarthritis like Mrs. J. Based on this, it appears that most individuals with hip osteoarthritis will benefit from a program of exercise and physical therapy with less pain and better physical functioning.

-As reported in the June ’16 issue of Physical Therapy