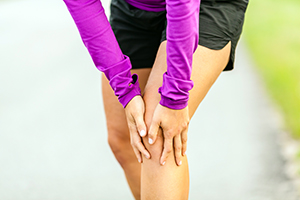 Patellofemoral pain (PFP), which describes pain at the front of the knee, is one of the most common knee disorders in athletes. Females have a higher risk of developing PFP, and up to 10% of young athletes will be diagnosed with it at some point. Weakness of the muscles around the hip increases the chances of developing PFP, and patients who experience it may go on to have future knee problems. It’s therefore necessary that PFP patients are treated effectively, and treatment programs generally include exercises to strengthen the hips and thigh muscles (quadriceps); however, new research suggests that a more comprehensive program involving additional components will be more effective. Based on this, a powerful study called a randomized-controlled trial was conducted that compared a more comprehensive program to standard training for women with PFP.

Recreational female athletes with PFP were recruited and screened. This led to 30 patients who were accepted and randomly assigned to either the standard training (ST) or functional stabilization-training (FST) group. Training for both groups took place three times per week for eight weeks. ST consisted of stretching exercises and quadriceps strengthening exercises. FST progressed from first enhancing the motor control of the trunk and hip muscles, to eventually strengthening these muscles, and finally an education segment that instructed patients how to perform certain movements safely. All patients were evaluated before and after the intervention, as well as three months later for pain, physical function and muscle strength.

Results showed that both groups improved, but the FST group experienced greater improvements in pain, physical function, and strength of hip and knee muscles after three months. An important component of FST is that the physical therapist provided constant feedback to patients about how to properly align their legs, which may have helped lead to better long-term improvements. These findings show that while quadriceps strengthening alone may be beneficial, a comprehensive training program featuring hip- and knee-strengthening exercises with verbal feedback can lead to greater overall improvements, and should be used to treat female athletes with PFP.